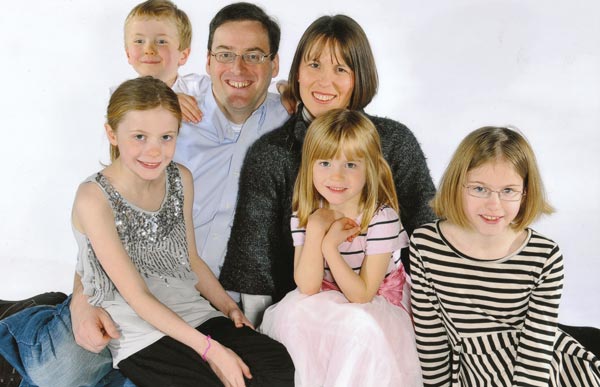 In an auspicious start to his life, Peter's birth was announced at the afternoon communion service at St Columba's Church of Scotland, Pont St, London where his father was the organist.

Growing up in Gravesend, Kent, Peter then became a chorister at Peterborough Cathedral before moving back to Kent for the last few years of his schooling.

His first degree was in the sciences, Biology, before moving to Aberdeen University where he studied Divinity.

While working during the summer of 1993 as the Music Director in a summer camp in Massachussetts he met Carolyn who was leading one of the camps for adults with special needs. They were married in January 1995 in Annandale, Virginia and then moved back to Aberdeen while Peter finished his studies, including some postgraduate research while working two other jobs, Music Coordinator in Inverurie West Parish Church and IT Coordinator in an oil consultancy firm.

With the impending arrival of a first child, Peter began his probationary period at Kintore Parish Church under the supervision of Rev Alan Greig. During this time Sophia was born.

Peter was ordained and inducted to his first charge of Blantyre St Andrew's Parish Church in April 2001. During a happy ministry in Blantyre, Katherine, Andrew and Emma joined the Johnston clan, along with a rough collie called Keely.

Peter is also a founding member of OneKirk, a body that encourages progressive, open debate among Christians in order that the church can be more inclusive and less exclusive.

We have 240 guests and no members online