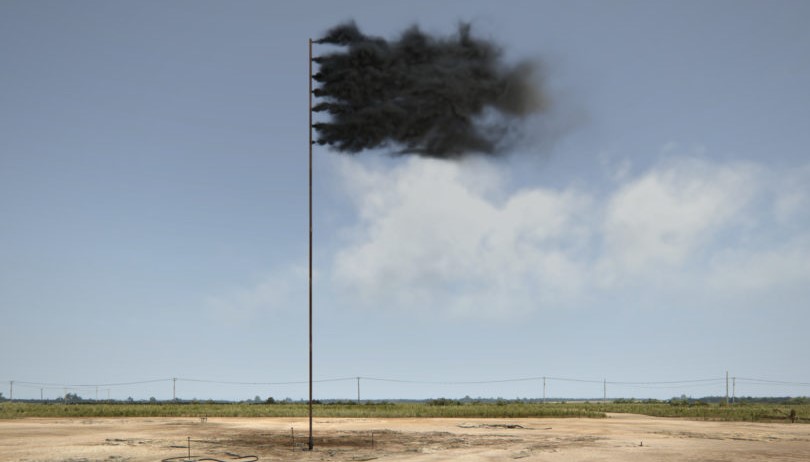 We in Ferryhill Parish Church were approached a few years ago by two of the curators of a new exhibit which was gathering items for that exhibit from around the world. Their interest was in one of the stained glass windows within the church designed and created by Jennifer-Jane Bayliss: the Piper Alpha Memorial window.

After much delay it is great to see that the exhibit based in the Kunstmuseum in Wolfsburg, Germany, is ready. It will be open from 4 September 2021 to 9 January 2022. You can see more about it here.

As the curators write:

No other substance has shaped societies in the twentieth and early twenty-first centuries as much as petroleum. Airplanes, tanks, and spacecraft, motorways, shopping malls and suburban settlements, nylon stockings, mountains of plastic, and vinyl – key materials and technologies, lifestyles and visions of our time owe their existence to the energy density and transformability of oil. Now, however, the dusk of the “petrol age” is looming, whereby neither can its end be precisely dated, nor its consequences adequately assessed. The exhibition Oil. Beauty and Horror in the Petrol Age therefore takes a speculative, poetic look back at the presence of the modern age of petroleum, which has lasted for roughly one hundred years. From the distance of a hypothetical future, we ask what was typical of our time, what was great and beautiful, what was ugly and terrible, and how all this is reflected in art and culture.

This is all taking place in Wolfsburg, the home of Volkswagen, and thus, like Aberdeen, a city which has been profoundly shaped by the petrol age. It is humbling to know that amongst all the pieces of art on display in Wolfsburg will be a rendition of the Piper Alpha Memorial window - a reminder of the costs of this age directly on families.
Here is the Piper Alpha Memorial window in situ in the Memorial Chapel: 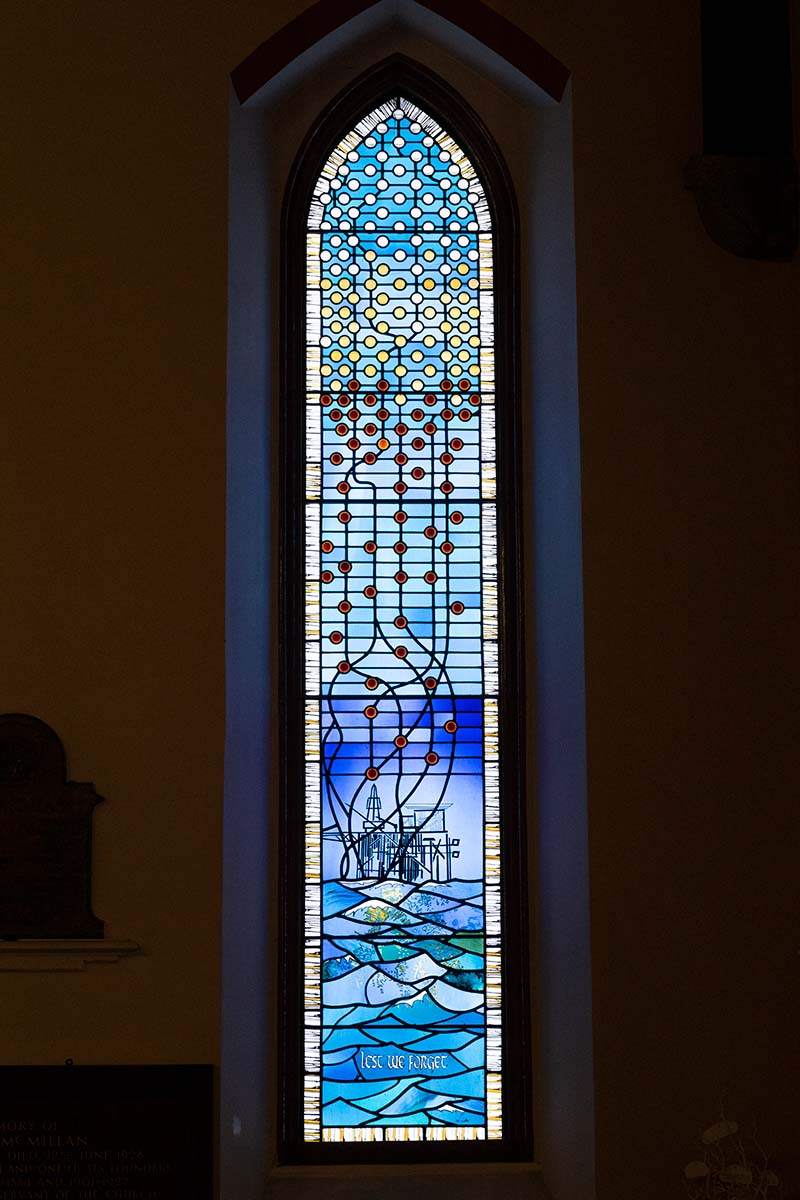 There are no up-coming events
HomeAbout UsMinisterPeter's BlogOil: Beauty and Horror in the Petrol Age 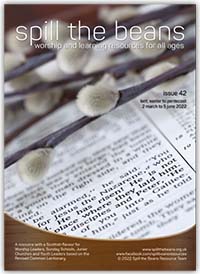 We have 47 guests and no members online