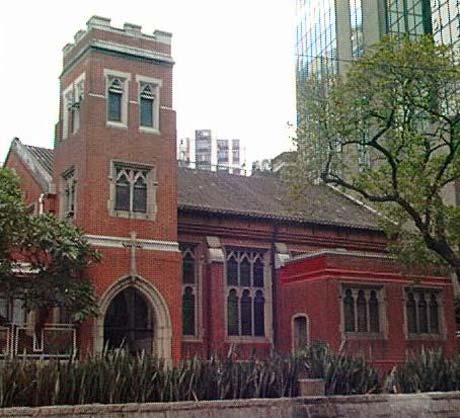 I'm swamped at the moment, so not a lot of blog activity. It is a bit of a shame as there has been so much interesting stuff going on, but I'm just dog tired at the moment and finding it hard to summon the energy for blogging. I am definitely getting to that "need a holiday" stage.

It's been a very busy day. I was up early to write the sermon this morning as it had been a long late night working on worship resources for a project I am involved with - more about that later in the week when I have hopefully finished getting the resources edited together in the final format - when I got a text through from Bobby McKean.

I had asked him to remind me that I needed to write a letter for him to take with him on his jaunt to the Far East. Why? He is planning to visit Kowloon Union Church, pictured above, on the mainland opposite Hong Kong. The link is that my grandfather, Rev James Horace Johnston, was the first minister at this church. He arrived in the former colony in 1923 with the task of setting up a new congregation. The first group of worshippers started meeting in January 1924, with Kowloon Union Church formed in 1927. The building above began construction in May 1930, which would have just been just five months before my father was born out in Hong Kong.

There is something very special about knowing that on the other side of the world there is still a congregation meeting to worship God and witness to his love, in which my grandfather had such an important early part to play.

So, just as I finished the sermon this morning, the text from Bobby reminded me that I needed to write a letter of greetings to the folks there in Kowloon.

After worship this morning, a mad dash over to Uddingston (no lunch in between, and missed the biscuits after the service!) for a meeting at which we continued to work on the parish profile which is coming together nicely.

Back home for an hour before heading to the church for IQ Group and to set up the hall in preparation for The Easter Code which takes place every day this week, beginning in St Andrew's with P7 children from Auchinraith Primary. My thanks to the young people at IQ tonight for their help in building gazebos and hanging cloths and eating pizza and spilling Irn Bru... you know who you are! 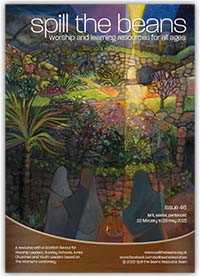 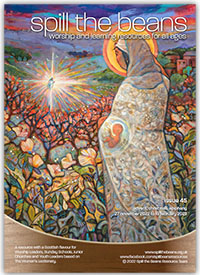 We have 14 guests and no members online