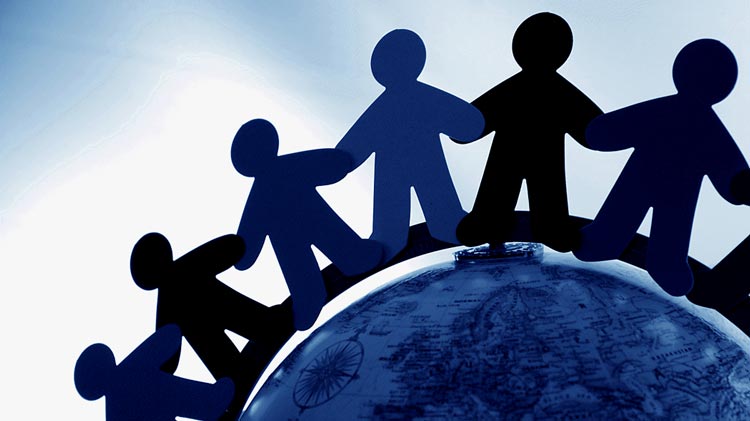 A good number of years ago, indeed it was a scary seven years ago, some friends and I organised a panel discussion during the 2007 General Assembly at which a report titled "A Challenge to Unity" was presented that related to sexuality. The evening discussion was titled "The Cost of Unity". Since the beginnings of the current debate about sexuality and the church - which the press often relate back to 2009, but that really goes further back than that - I have always been interested in this line of tension between a broad church which allows room for different views within its body and a sense of Christian unity.

Right from the start of this debate it was clear in my mind that while unity is something to be treasured, it is not to be treasured at all costs. And if the lofty goal of unity means doing hurt to others, discriminating against others, or denying others from being able to serve God as God calls, then unity as an end in itself is no longer a blessing for the Christian community. It has become a shackle by which to control others, rather than an ennervating and joyful expression of unified purpose. I see similarities here to the debates over the Sabbath that Jesus had with the law makers in his own time. The Sabbath is not an end in itself, it is good and holy only in so much as it enhances life and relationship with God for all.

I was glad to read this evening Alexander O'Hare's piece for Ekklesia on this same subject, but addressing it today ahead of the debate that will take place on Wednesday at the GA over the Legal Questions Committee's convoluted proposals for allowing Kirk Sessions to opt out of the "traditional" understanding in order to call in a time of vacancy a minister who is living in a committed same-sex relationship.

There is much wringing of hands and furrowing of brows among many of the open members of the Church, who by nature will tend to be inclusive and open to divergent viewpoints. There is no desire to further deepen perceived rifts, and there is an understandable reluctance for the Church to be seen to divide.

Equally, Paul in 1 Corinthians 12, when discussing the different roles he sees for the Church of his time fails to make any mention of sexuality, outlining instead the tasks that individuals might perform.

I have much sympathy with O'Hare when he goes on to conclude that for those ministers and members who feel that they cannot be a part of a church denomination that values the ministry of ministers or deacons or elders in same-sex relationships then it is probably best that they find their own path. It saddens me, but unity is not served well when it comes at any cost.

If the present attempts at unity hinder service - and that, for sure, is happening in preventing all of God's people to serve if they are called to do so - then that unity is flawed and counter to the purpose of the Church. After all, who is breaking the unity of the Church? Those who seek to include everyone who perceives themselves called to serve the Church, or those who would exclude some on the basis of an arbitrarily chosen category of sexuality?

Therefore, when faced with threats to leave (for be clear, much of this is about threats), those of us who see ourselves on the open and inclusive wing of the Church should respond with "Go! Go with our blessing! Our understanding of the purpose of the Church is different, and if you believe you can serve the whole people of God by excluding some of those people, then we cannot be united."

This is hard for many of us to do, precisely because we want to be inclusive - but we need to ask ourselves what the purpose of that inclusivity is about. Is it about keeping everyone in the one Church, or is about living the Kingdom? If the latter, and some within the Church are unwilling or unable to do so with us, then we need to bid farewell. There is no point in unity at all costs, and certainly not at the cost of seeking to live justly.

There are moves afoot to bring a halt and a "readjustment" to the current trajectory that the Kirk is on, moves which would end the current trend towards greater inclusivity. I have little doubt that this proposal to halt this trajectory will not succeed on Wednesday when it is debated at the GA, but I hope and pray that those who will support it can understand that the movement others of us feel towards a church that allows more inclusivity for those who serve the church is founded on our understanding of God, his justice and grace.

We will see how the week develops.

Today I watched quite a bit of the proceedings as I took a "mostly" day off from real work, though I was accused of a bus-man's holiday. It was an interesting day on the whole, with the Ministries Council giving their report - another report which tried to walk the path of hopefulness and reality, which sometimes is not easy. There are lots of good things happening, they are seeking to encourage more and more people to consider how they can serve their church locally in new forms of ministry, yet lurking in the corner is the still looming shortage of 200 ministers expected in a decade despite the last round of presbytery planning and the reduction of allocated posts that presbyteries had to work around at that time.

I am still, just, a statistic, one of the hundred ministers who are under 45 in the Kirk. We got our own mention in the report! I think it was in the same way that Polar Bears are frequently mentioned in discussions of climate change... we are both endangered species in need of protection!

We have 300 guests and no members online